Though the city of Morocco is only 1,200 years old, its land is ancient and has been home to empires that belonged to Phoenicians, Romans, and Muslim Arab dynasties. Like other North African and Middle Eastern countries, Morocco has a hundreds (if not thousands) of years history of making hashish, a cannabis concentrate made from the loose resin trichomes.

Morocco’s recent progress in cannabis legislation marks the start of a new era of cannabis in the region and advances the larger trend of international cannabis reform. Join PotGuide as we take a look at this historic home of hash and how things are going in modern times.

After the country gained independence in 1956, it made cannabis illegal, though its use was tolerated as part of a longstanding cultural tradition, where Moroccan kif (two-thirds cannabis and one-third tobacco) would be consumed by male locals in a sebsi pipe, consumed in food, or in Majoun, a candy or jam made of honey, candy, spices, and cannabis.

Like the rest of the world at the onset of the War on Drugs in the early 1970s, Morocco banned all drugs in addition to cannabis. However, the prohibition had little effect. 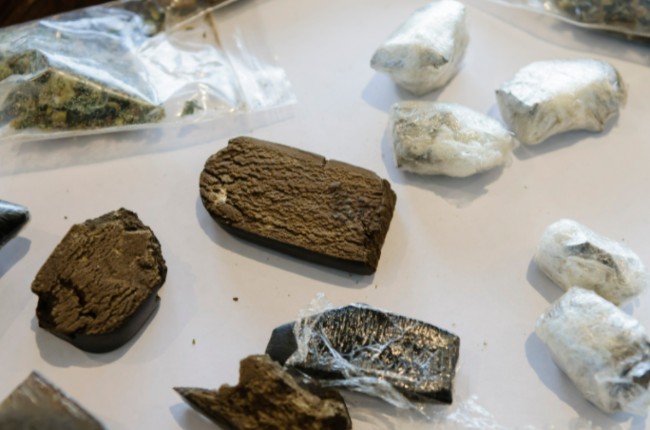 Although cannabis was banned in 1974, hashish still has been very prevalent in the country. photo credit

Even after the total ban in 1974, Morocco went on to become (and still is) one of the world’s top producers of hashish, pulling in around 10 percent of the country’s GDP, or $10 billion U.S. dollars.

Though Moroccan officials have often looked past cannabis consumers smoking in cafes or in their homes or villages, they did take a hard stance toward cannabis growers, working to eradicate cannabis plantations.

Perhaps they’ve finally sensed that the winds of cannabis prohibition are shifting, and lawmakers in Morocco are seeing dollar signs instead of cannabis plants, because on May 26, 2021, the Moroccan parliament finally voted to allow the farming, export, and domestic sale of cannabis for medical and industrial use.

The official aim of the bill is to “gain access to the global legal cannabis market, but also to improve farmers’ incomes and protect them from drug trafficking networks” in Northern Morocco’s impoverished Rif Region, where the large majority of cannabis is grown.

Under the new law, an agency will be established to monitor the production, transportation, and sales of medical, industrial, and cosmetic cannabis use. Recreational use of cannabis is still prohibited and prosecutable under the law.

While growing for medical and industrial use is legal, it is important to know that consuming otherwise, is still illegal. photo credit

Though the bill is ostensibly, in part at least, to help farmers in the Rif Region, some farmers in the area are expressing skepticism about the government’s intention to protect them from traffickers, saying lawmakers are focusing instead on cannabis profits in a region where per capita income is 50 percent lower than the rest of the country, and children are often to made to work in the cannabis fields and sell hashish to foreigners.

UK-based firm Prohibition Partners estimated that revenue generated from Morocco’s legal markets will reach $900 million by 2023, while others estimate closer to $12 billion per year – a very wide span that could be upended at any moment. The Africa Report contributor Nina Kozlowski writes, “All that is missing now is anointing an ulama – Islamic scholar – to pull the rug out from under the conservatives. According to some sources, this should not take a long time.”

The Future of Cannabis in Morocco

How this new law will affect the daily lives of locals is difficult to anticipate since smoking kif is an accepted part of the culture. For visitors wishing to consume the local cannabis fare – especially female visitors – being accompanied by a trusted local or consuming at a private guest house, hostel or better yet, out of sight, are (for now) the best ways to consume safely. Despite the forward progress in Morocco, buying and smoking hashish and kif is illegal, so if a trip to Morocco is on your itinerary for the near future, be sure to know your local laws and customs before traveling so you can make informed decisions.

What do you think about the recent changes to Morocco’s cannabis laws? Share in the comments!

Episode 85: Viruses in Cannabis and Hemp with Dr. Jack Munz

MMJ Recs Can I Take A Road Trip With Medical Marijuana?

Get your daily CBD the delicious way with CBD gummies!…

what does CBD do for skin